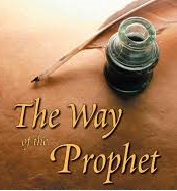 An introductory course providing an overview of the Hadith sciences including discussions on mustalah al-hadith (hadith terminology), fundamentals of the science of narrator criticism and an extensive overview of the famous hadith collections such as Sahih Bukhari and Sahih Muslim.

After initially establishing the authority of Hadith as a source of Islamic Law, we will briefly cover the period in which this science developed and how the Hadith were compiled and recorded.

In this course, we will also discuss the famous Hadith collections, the compilers and figures behind these works, such as Imam Malik, Imam Ahmad, Imam Bukhari and Imam Muslim, and the special features of these works. We will dedicate the last portion of this course to covering the terminologies used in Hadith science at a basic level so that students can familiarize themselves with terms such as Mashhur, Mutawatir, Sahih, Hasan, Da’if, Mawdu’, etc. and what they really mean.

Note: This course is intended for beginners only. This is NOT an advanced course on Usul al-Hadith.

7 THINGS YOU WILL LEARN IN THIS COURSE

Lesson 3: Overview of Hadith Collections: I

Please spread the word
Open WhatsApp Chat
1
Can I help you?
Powered by
Salaam,
Please leave your message here and we shall get back to you soon
Jazaak Allahu Khairan
MAUR (Madrasah Arsh Ur Rahman)